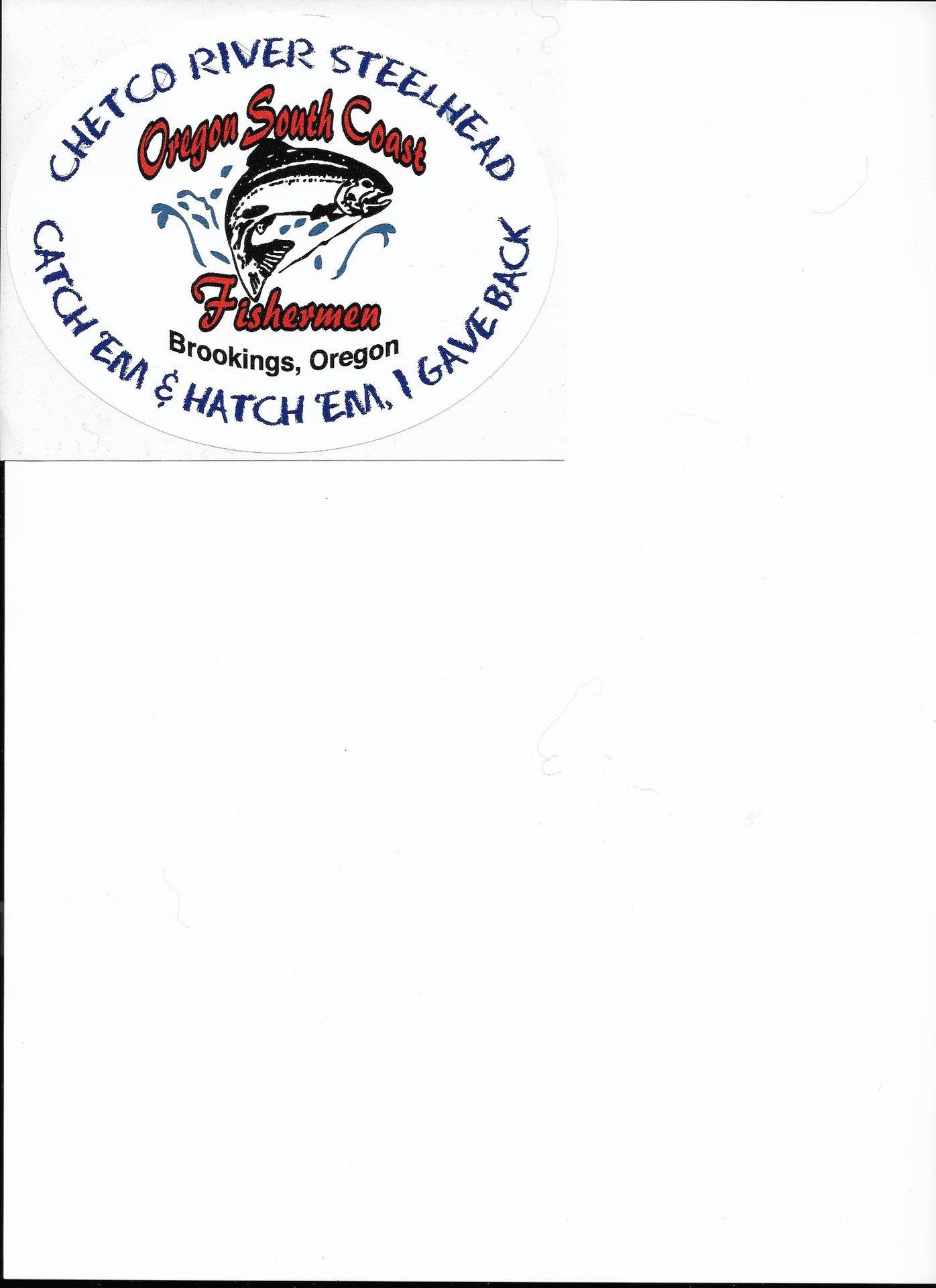 Working since 1975 to enhance Habitat, Hatcheries, and Harvest through education and community involvement

Numbers varied from very small numbers early in the program to nearly 600,000 in the early 1980s.  Those large numbers were scaled back at the request of local sport fishermen because of concerns for stock genetic integrity.[1]

1999  Percentage of hatchery strays on spawning ground counts stabilizes below 30%.

2009  Creel census of ocean terminal and in-river fishery to determine harvest ratios and numbers of hatchery and wild FC.

Background:  Hatchery supplementation efforts for the Chetco River Fall Chinook fishery began in 1968.  Early releases were very modest and expanded significantly, primarily because of pressure from commercial fishermen, to releases of nearly 600,000 smolts and fry in the early 1980s.  Hatchery broodstock collections from the Chetco were comprised of high percentage of hatchery reared fish, often exceeding 75% adults of hatchery origin.  Members of the Oregon South Coast Fishermen (OSCF), who had been assisting the Oregon Department of Fish and Wildlife (nee Oregon Dept. of Fisheries) (ODFW), began to question the impact to the genetics of Chetco Fall Chinook stock.  The releases were reduced significantly and eventually stabilized at approximately 150,000 smolts and 1,000 unfed fry by 1998.

The Native Fish Conservation Policy (NFCP) was adopted by the Oregon Fish and Wildlife Commission in Nov. of 2002.   The native fish policy established three goals:

2.      Maintain and restore naturally produced fish in order to provide substantial ecological, economic and cultural benefits to the citizens of Oregon.

3.      Foster and sustain opportunities for fisheries consistent with the conservation of naturally produce fish and responsible use of hatcheries.[3]

Those goals were to be implemented through Conservation Plans for each Species Management Unit (SMU).  SMU is described as a collection of populations from a common geographic region that shares similar genetic and ecological characteristics.  The only Conservation Plan developed to date is for Rogue Spring Chinook and it is unlikely that a plan for the Chetco Fall Chinook will be produced in the near future.

Because the development of Conservation Plans for each SMU would be time consuming and start with the most critical first, the Commission adopted Interim Criteria in Sept. of 2003.  These interim criteria are to be used as guidelines until the completion of SMU Plans.  Among those interim criteria is the provision that hatchery fish stray rates on spawning grounds not exceed 10%.

The Fish Hatchery Management Policy (FHMP) was adopted by the Fish and Wildlife Commission in May of 2003.  This policy was intended to compliment and support the NFCP and it included Oregon Fish and Wildlife Hatcheries, STEP propagation facilities and programs, and private hatcheries.  Implementation of the FHMP would come through the development of Conservation Plans and Hatchery and Genetic Management Plans (HGMP) for each SMU.  The Chetco River Fall Chinook Program HGMP was finalized in Jan. of 2006.  Among the key goals of the Chetco HGMP is that designed to reduce or eliminate impacts to Endangered Species Act listed Southern Oregon/Northern California Coho.

Discussion:  The Oregon South Coast Fishermen (OSCF) have been involved with fisheries programs on the Chetco River for over 30 years.  That effort has included broodstock collection;  acclimation, rearing and production of Fall Chinook; population monitoring; habitat restoration; education programs for both youngsters and adults; securing public access agreements; monitoring of and input to the various regulatory processes affecting the Chetco river; and participating in the STEP program since its inception in 1983.  Throughout that involvement OSCF has built and maintained a working relationship with the Oregon Department of Fish and Wildlife and the group has had significant influence regarding Fish and Wildlife programs conducted on the Chetco River and other waters in southern Oregon.  The goal of OSCF has always been to maintain or enhance recreational fishing opportunity for the benefit of fishermen and our community.

The development of the Chetco River Fall Chinook Plan has progressed from the idea of providing more fishing opportunity for Fall Chinook through the achievement of several essential elements.

¨      First, the commitment of ODFW and OSCF to work within the various Plan guidelines to achieve the long term goal of accurate evaluation of the existing program.

¨      Second, the help, guidance and commitment of John Weber, STEP biologist and Todd Confer, District Biologist to perform the necessary administrative tasks and acquire the necessary permits to allow the project to go forward.

¨      Third, funding of a total hatchery smolt marking effort by Friends of Cal-Ore Fish, Slamn Salmon and the commitment of funds by OSCF to insure that the effort was funded.

¨      Fourth, the work done by OSCF and ODFW to develop acclimation sites in the lower river.

¨      Fifth, the commitment of the STEP volunteers to provide manpower, money, innovation and ideas to help complete each phase of the total project.

At the halfway point, much more work needs to be done, more funds will have to be obtained to fully complete the program and plan modifications may be required to fit changing conditions and planning/regulatory mandates.

[2] Assumes suitability of both sites.  Other lower river sites or tributaries may be alternatives.